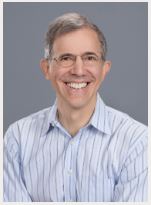 The Daniel M. Holland Medal was created in 1993 in the memory of Dan Holland, a Professor of Economics at the Massachusetts Institute of Technology Sloan School of Management, who was an internationally recognized researcher, teacher, and practitioner in public finance. The Holland Medal, which is the most prestigious award given by the National Tax Association, recognizes lifetime achievement in the study of the theory and practice of public finance.

This year’s winner of the Holland Medal, Louis Kaplow, is Finn M.W. Caspersen and Household International Professor of Law and Economics at Harvard Law School.  Professor Kaplow is a scholar of taxation and public finance and a highly valued contributor to the activities of the National Tax Association. He is best known for his studies of optimal taxation and the connection between optimal taxation and government expenditures. His work, featured in his book The Theory of Taxation and Public Economics, spans many areas of government policy that – as he shows – are intimately connected to taxation.

Admired for his work in public finance by fellow economists and students, Professor Kaplow is also a research associate of the National Bureau of Economic Research, Associate Director of the John M. Olin Center for Law, and a Fellow of the American Academy of Arts & Sciences. He also previously served as President of the American Law and Economics Association. He serves on the editorial boards of many scholarly journals, including (for more than two decades) the National Tax Journal. He is an active participant at the NTA conferences and is an inspiring teacher and mentor to generations of tax law and economics scholars. Professor Kaplow’s thoughtful and generous comments and suggestions on the work in progress of others have improved countless numbers of tax papers and books; and every professional setting is enriched by his presence.

Professor Kaplow is also substantially engaged in research on antitrust, law and economics, and welfare economics – subjects that he frequently relates to taxation.

Professor Kaplow’s work will be celebrated and he will receive the Daniel M. Holland Medal award in November at NTA’s 112th Annual Conference on Taxation in Tampa, Florida.