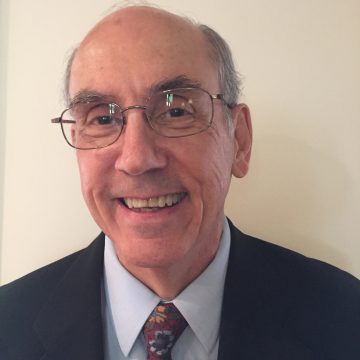 The Daniel M. Holland Medal was created in 1993 in the memory of Dan Holland, a Professor of Economics at the Massachusetts Institute of Technology Sloan School of Management, who was an internationally recognized researcher, teacher, and practitioner in public finance. The Holland Medal, the most prestigious award given by the National Tax Association, recognizes lifetime achievement in the study of the theory and practice of public finance.

This year’s winner of the Holland Medal, David Wildasin, is presently the Endowed Professor Emeritus of Public Finance at the Martin School of Public Policy and Administration and Professor Emeritus in the Department of Economics at the University of Kentucky and is a research fellow at CESifo, IZA, and the Oxford Centre for Business Taxation. Previously, he has held positions at many research and academic institutions in the US and around the world.

Much of Wildasin’s research has focused on issues relating to “open-economy” public economics. He has studied the distributional and efficiency impacts of public policies on the location of people and productive activities and has explored the welfare effects and political economy of public policies in open-economy (subnational/international) settings. His research interests have also included environmental policy, debt policy, public pensions, intergovernmental relations, disaster policies, dynamic tax analysis, and e-commerce.

Admired for elegant theory and impeccably clear writing, Wildasin is careful to motivate his models based on empirically relevant facts. His research has been applied in the contexts of European economic integration, immigration and environmental policy, state and local tax reform, and fiscal reforms in developing countries. His work has helped to inspire the recent surge of empirical work on fiscal competition among subnational governments, within the EU, and among other countries.

Wildasin has published more than 100 journal articles and several books and book chapters. He has served in editorial capacities to numerous professional journals and book publishers, including the National Tax Journal, Journal of Public Economics, International Tax and Public Finance, Journal of Urban Economics, Regional Science and Urban Economics, German Economic Review, and CESifo Economic Studies. He has also served as an advisor to state and local governments and to the World Bank.
Professor Wildasin’s work will be celebrated at the NTA’s 113th Annual Conference on Taxation, to be held virtually, at which time he will receive the Daniel M. Holland Medal.