Getting to the Renaissance Baltimore Harborplace Hotel

The Renaissance Baltimore Harborplace Hotel is located at 202 East Pratt Street, Baltimore, Maryland 21202. Parking is available at the hotel for $30 per day (as of 2/26/2016). Public transportation options are listed below.

Light-rail: Travel northbound (in the direction of Hunt Valley) to the Convention Center Station, and walk six blocks east (past the Bank of America Financial Center) to the hotel. Fares are $1.70 one-way (as of 2/26/2016) 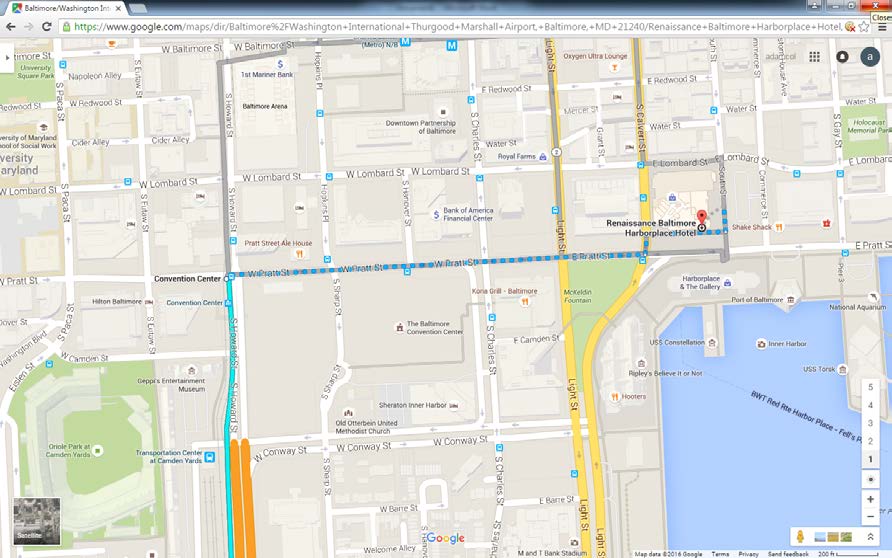 MARC Train: Travel on the Eastbound Camden Line to the Transportation Center at Camden Yards. (Fares are $8.00 one-way [as of 2/26/2016].) Turn left and walk north for two blocks on S. Howard Street to W. Pratt Street. Turn right and walk east for six blocks (past the Bank of America Financial Center) on W. Pratt/E. Pratt Street to the hotel. 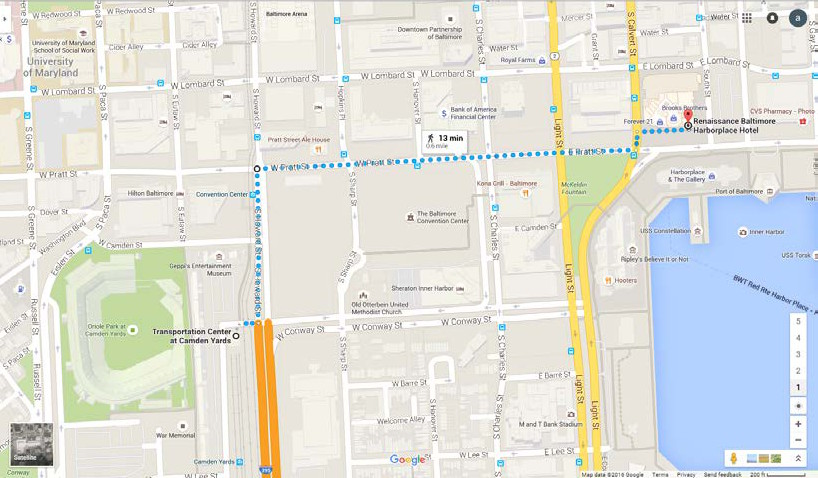 Amtrak and MTA Bus: Travel on the Northeast Regional Train to Baltimore Penn Station. (Fares are $13.00 one-way [as of 2/26/2016].) Walk from Penn Station to the St. Paul Street & Penn Station bus stop. Take the Route 64 MTA bus southbound (in the direction of Curtis Bay/Riviera Beach) 12 stops to Stop 493 (Light Street between Lombard Street and E. Pratt Street). (Bus fares are $1.70 one-way [as of 2/26/2016]. Walk south half a block to E. Pratt Street, and turn left. Walk two blocks east to the hotel. 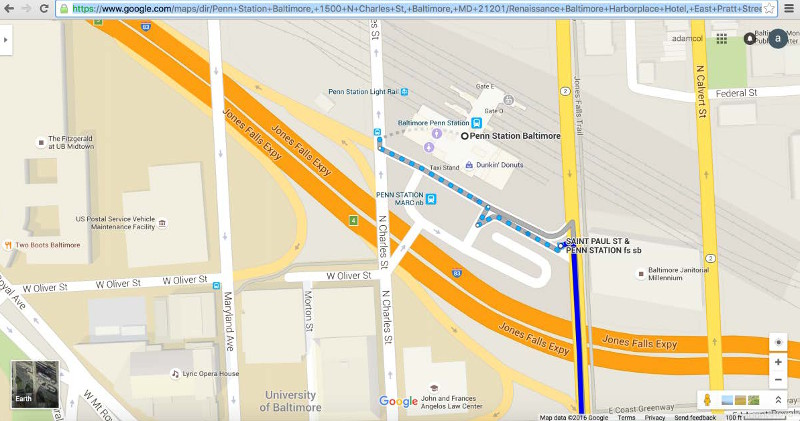 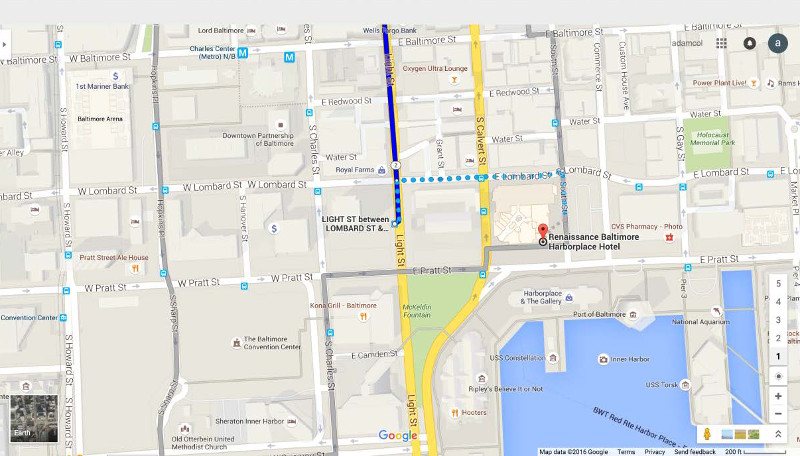 You can also download the directions in PDF format.