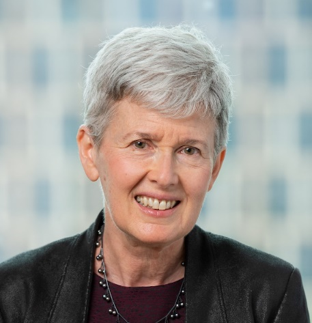 Janet Holtzblatt is the recipient of the 2020 Davie-Davis Public Service award. Janet is a senior fellow at the Urban-Brookings Tax Policy Center. Over a three-decade career in the federal government, she worked on a broad range of tax policy issues, with emphasis on the tax treatment of families and workers, health reform, the administration of the tax code, and tax simplification.

Janet’s research has focused on the earned income tax credit, marriage penalties and bonuses in the income tax system, wealth taxes. the administration of health reform through the tax system, labor market effects of health reform, and the impact of changes in the Internal Revenue Service’s resources on revenues. She has also directed studies on the tax treatment of multinationals, corporate tax rates, pass-through entities, marginal tax rates, and federal assistance for higher education. Janet has served on the board of directors for the National Tax Association. In 2017, she received the Referee of the Year Award from the National Tax Journal.
Before joining Urban, Janet was the unit chief for tax policy studies in the Tax Analysis Division of the Congressional Budget Office. Before that, she was deputy director of the Individual Taxation Division in the US Treasury Office of Tax Analysis and a senior analyst on the Senate Budget Committee. She earned her bachelor’s degree in economics and history from the University of Illinois and a doctoral degree in economics from the University of Wisconsin.

The Davie-Davis Public Service Award was created in 2005 in memory of two long-time National Tax Association members, Bruce F. Davie and Albert J. Davis. The award honors NTA members who have followed Bruce F. Davie and Albert J. Davis in serving the public through the provision of insightful analyses and objective advice on issues of taxation and government finance to elected officials, other policymakers, and the general public. The award is presented annually at the National Tax Association’s annual spring symposium. A full list of previous winners can be found here.