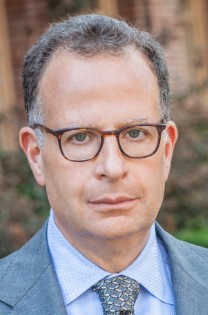 Edward Kleinbard was a giant in the field of tax policy. He was a treasured colleague and mentor, an ever-stalwart interlocutor, and a brilliant commentator on the most relevant issues in his field.

Kleinbard studied history at Brown University before receiving his law degree from Yale in 1976. He had an eye for detail and close textual reading, and he always appreciated the intellectual side of his endeavors. For more than twenty years, Kleinbard practiced law, becoming a partner at Cleary Gottlieb Steen & Hamilton LLP in 1985. In 2007, he left practice to become the chief of staff at the U.S. Joint Committee on Taxation, where he served until 2009. In 2009, he joined the faculty at the USC Gould School of Law; he was the Robert C. Packard Trustee Chair of Law at the time of his passing. It is a very rare person who can achieve the pinnacle of success in the private sector, the government, and in academia, and Kleinbard was deeply respected in all of these settings.

Kleinbard made numerous scholarly contributions in the field of international taxation and in tax policy more generally. He was an important voice describing the international tax avoidance techniques that resulted in stateless income, a phrase he coined that remains in regular use today. He worked on policy solutions to the stateless income problem as well as fundamental tax reform proposals, including his proposal for a dual business income enterprise tax (Dual BEIT), which was developed as a Hamilton project idea and later expanded in subsequent work. He wrote with style, precision, and wit. His paper titles often reflected his sharp intellect, such as “The Trojan Horse of Corporate Integration” and “Through a Latte, Darkly: Starbucks’ Stateless Income Planning”.

Kleinbard was a renowned commentator on the tax issues of the day, and he could always be relied upon for patient explanation, encyclopedic knowledge, passionate viewpoints, and the zinging quotes that made so many journalists’ stories more colorful. While he didn’t suffer fools, he also showed great patience and boundless intellectual curiosity in any exchange.

In recent years, Kleinbard focused his work on the economic inequalities in modern American society. His aptly titled book, We are Better Than This, made the argument that the United States government should buttress its positive roles in the realms of public investment and social insurance. One might also interpret the book title as admonishing the rest of us to work as tirelessly as Kleinbard to further a more equitable and inclusive society.

In his final year of life, perhaps fittingly, Kleinbard devoted himself to a book on the role of luck in economic outcomes, which opens with a quote from Stendhal. “Waiting for God to reveal himself, I believe that his prime minister, Chance, governs this sad world just as well.” The book argues that luck, and particularly existential luck (to whom and in what circumstances you are born), are paramount in determining economic outcomes. Within that context, Kleinbard makes a strong case for the role for public insurance in areas like health care, education, and childcare; he also emphasizes the importance of a progressive income tax system.

An early chapter of this book opens with the metaphor of a bike ride. Kleinbard notes that a tailwind makes the cyclist feel triumphant and speedy, although the cyclist seldom remembers the wind at their back. A headwind, on the other hand, imperils the cyclist’s progress and makes the journey far more difficult. This illustration is both an apt reflection on the role of existential luck, and a reminder to all of us that losing Ed will remove wind from our backs. No doubt, he would urge us to pedal harder, much as he would have done. For this, and for all of his contributions, we are very grateful.