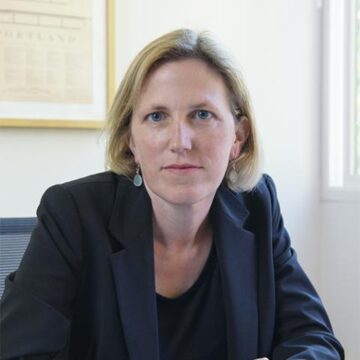 Kimberly Clausing is currently the Deputy Assistant Secretary for Tax Analysis in the Office of Tax Policy at the United States Department of the Treasury. Dr. Clausing is on leave from the UCLA School of Law where she is the Eric M. Zolt Professor of Tax Law and Policy.

At Treasury, Dr. Clausing is leading the Office of Tax Analysis and working to further tax policy development. Her efforts under the leadership of Janet Yellen — the first woman to serve as secretary of the Treasury — are expected to include promoting recovery and relief during the pandemic, addressing climate change and working to address societal inequities.

Dr. Clausing joined UCLA School of Law in January and teaches U.S. international taxation. Her research studies the taxation of multinational firms, examining how government decisions and corporate behavior interplay in an increasingly global world economy. She has published numerous articles in this area, and she wrote the book “Open: The Progressive Case for Free Trade, Immigration, and Global Capital” (Harvard University Press, 2019).

Dr. Clausing’s rich national policymaking experience includes economic policy research with the International Monetary Fund, the Hamilton Project, the Brookings Institution and the Tax Policy Center. She is a nonresident senior fellow at the Center for American Progress and has testified before both the House Ways and Means Committee and the Senate Committee on Finance.

“Centering Care in an Inclusive Recovery: The Case for Paid Family and Medical Leave as a Key Public Investment” 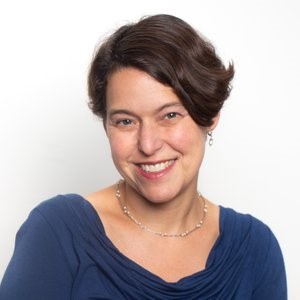 Vicki Shabo is one of the nation’s leading experts on gender equity and work. At New America, Shabo focuses on charting a path to winning paid family and medical leave for every working person in the United States, no matter where they live or work or the job they hold. She works closely with policymakers, advocates, researchers and business leaders on policy design and advocacy strategies.

Shabo has testified multiple times in the U.S. Congress and state legislatures, as well as in front of the 2016 Democratic Party’s platform committee which, for the first time, adopted a national paid leave program. Her opinion pieces have been published at CNN.com, The Hill, New York Times, Refinery 29 and Roll Call and her observations have been featured in hundreds of news stories, including on CBS Sunday Morning, NPR and MSNBC, and in the New York Times, Washington Post, Associated Press and numerous other outlets. She is a member of the advisory board of the Paid Leave for All campaign. She recently served on the advisory committee of the Bipartisan Policy Center’s Paid Family and Medical Leave Task Force and recently served as an advisor to a research project on paid leave and disability convened by the Arc of the United States and the National Center on Children in Poverty.

For nine years, from 2010 to 2019, Shabo led the National Partnership for Women & Families’ workplace policy initiatives, first as director of work and family programs and then as vice president for workplace policies and strategies. Under Shabo’s leadership, the National Partnership’s workplace team helped move national paid leave from a sideline issue into the mainstream of bipartisan political debate, while also contributing substantially to landmark national, state and local policy victories. Some of her team’s most important accomplishments include spearheading efforts to secure federal executive actions on paid sick days, equal pay and sex discrimination affecting millions of federal contract workers; providing technical and strategic assistance resulting in dozens of state and local paid leave and paid sick days laws covering an estimated 45 million private-sector workers; and advising companies on policy enhancements that secured access to paid sick days, paid leave or fairer pay for employees and contractors.