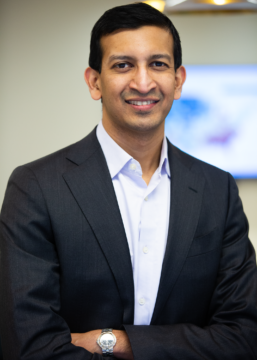 Raj Chetty is the William A. Ackman Professor of Economics at Harvard University and Director of Opportunity Insights. Chetty’s research combines empirical evidence and economic theory to help design more effective government policies. His work on tax policy, unemployment insurance, and education has been widely cited in media outlets and Congressional testimony. His current research focuses on equality of opportunity: how can we give children from disadvantaged backgrounds better chances of succeeding?

Chetty is a recipient of a MacArthur “Genius” Fellowship and the 2013 John Bates Clark medal, given by the American Economic Association to the best American economist under age 40.

He received his Ph.D. from Harvard University in 2003 at the age of 23 and was a professor at University of California at Berkeley until 2009, when he returned to Harvard as one of the youngest tenured professors in Harvard’s history. Chetty was a faculty member at Stanford from 2015 – 2018. In summer 2018, he returned to Harvard where he rejoined the Economic Department and launched Opportunity Insights. 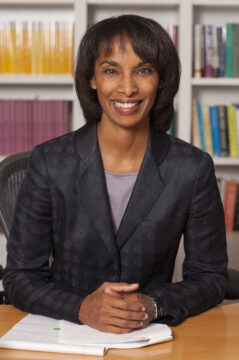 Cecilia Rouse is the 30th Chair of the Council of Economic Advisers. In this role, she serves as President Biden’s Chief Economist and a Member of the Cabinet. She is the Katzman-Ernst Professor in the Economics of Education and Professor of Economics and Public Affairs at Princeton University.

Immediately prior to the Administration, Rouse served as the dean of the Princeton School of Public and International Affairs. From 2009 to 2011, Rouse served as a member of President Barack Obama’s Council of Economic Advisers. She worked at the National Economic Council in the Clinton administration as a Special Assistant to the President.

Her academic research has focused on the economics of education, including the benefits of community colleges and impact of student loan debt, as well as discrimination and the forces that hold some Americans back in the economy.

Rouse was the founding director of the Princeton Education Research Section, and she served as senior editor of The Future of Children, a policy journal published by Princeton and the Brookings Institution. Rouse joined the Princeton faculty in 1992 after earning her Ph.D. in economics from Harvard University.