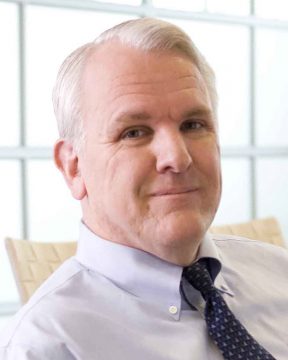 Martin A. Sullivan is the recipient of the 2021 Davie-Davis Public Service award. Sullivan is the chief economist and contributing editor for Tax Notes, Tax Analysts’ daily and weekly publications and blog. An expert on the federal tax system, especially corporate taxation, he has written over 500 economic analyses for Tax Analysts’ publications and is the author of two books on tax reform, including the recent Corporate Tax Reform: Taxing Profits in the 21st Century. He has testified before Congress on numerous occasions. He was the subject of a 4500 word feature article in The Washington Post in 2013 that centered on how multinationals avoid taxes, an article that featured testimonials from many leading economists, lawyers, and other members of the tax policy community. Previously, Sullivan taught economics at Rutgers University and served as a staff economist at the U.S. Treasury Department and later at the congressional Joint Committee on Taxation. Sullivan graduated magna cum laude from Harvard College and received a PhD in economics from Northwestern University.

As noted by NTA President James Alm, “There are few people in the tax community who have written more insightfully and more persuasively than Marty Sullivan on virtually all aspects of tax policy. His almost weekly commentaries in Tax Notes have helped enormously to inform and to shape tax policy in the United States. The National Tax Association is proud to recognize Marty as this year’s recipient of the Davie-Davis Public Service Award.”

The Davie-Davis Public Service Award was created in 2005 in memory of two long-time National Tax Association members, Bruce F. Davie and Albert J. Davis. The award honors NTA members who have followed Bruce F. Davie and Albert J. Davis in serving the public through the provision of insightful analyses and objective advice on issues of taxation and government finance to elected officials, other policymakers, and the general public. The award is presented annually at the National Tax Association’s annual spring symposium. A full list of previous winners can be found here, https://ntanet.org/awards/davie-davis-public-service-award/.

Martin’s work will be celebrated and he will receive the award at NTA’s 51st Annual Spring Symposium on May 13-14, 2021 virtually on Zoom. The award will be presented at the luncheon on Thursday, May 13, 2021.

A full list of previous winners can be found here.