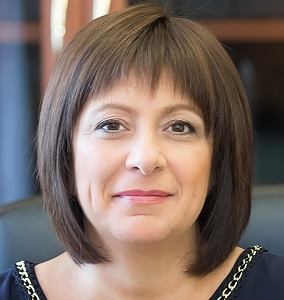 Natalie A. Jaresko is an international finance executive with over 30 years of successful transformational leadership experience in the private, public, and non-governmental sectors.

Natalie recently served five years (2017-2022) as the Executive Director of the Financial Oversight and Management Board for Puerto Rico. She led the sustainable exit from the largest municipal bankruptcy in U.S. history, while working to restore the Island’s fiscal health.

Natalie served as Minister of Finance of Ukraine (2014-16) at a critical time in Ukraine’s history during Russia’s initial occupation and war. She led the successful negotiation and implementation of a critical IMF program, including reduction of budget deficits, improved SOE corporate governance, and a complex sovereign debt restructuring.

She spent two decades in private equity, as co-founder/CEO of Horizon Capital and CEO of Western NIS Enterprise Fund, fund managers with over $600 million under management.

She also serves as Chairperson of Aspen Institute Kyiv. 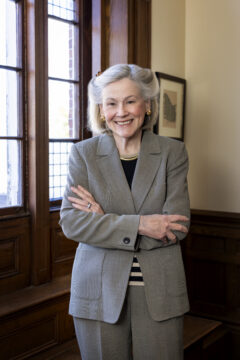 Before joining Boston College in 1997, Alicia Munnell was a member of the President’s Council of Economic Advisers (1995-1997) and assistant secretary of the Treasury for economic policy (1993-1995).  Previously, she spent 20 years at the Federal Reserve Bank of Boston (1973-1993), where she became senior vice president and director of research in 1984.  She has published many articles, authored numerous books, and edited several volumes on tax policy, Social Security, public and private pensions, and productivity.

Alicia Munnell was co-founder and first president of the National Academy of Social Insurance and is currently a member of the American Academy of Arts and Sciences, Institute of Medicine, and the Pension Research Council at Wharton.  She is a member of the board of The Century Foundation, the National Bureau of Economic Research, and the Pension Rights Center.  In 2007, she was awarded the International INA Prize for Insurance Sciences by the Accademia Nazionale dei Lincei in Rome.  In 2009, she received the Robert M. Ball Award for Outstanding Achievements in Social Insurance from the National Academy of Social Insurance.  In 2015, she chaired the U.S. Social Security Advisory Board’s Technical Panel on Assumptions and Methods.

Alicia Munnell earned her B.A. from Wellesley College, an M.A. from Boston University, and her Ph.D. from Harvard University.