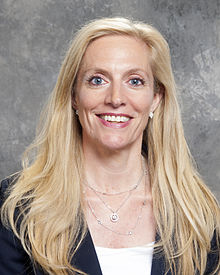 Lael Brainard took office as a member of the Board of Governors of the Federal Reserve System on June 16, 2014, to fill an unexpired term ending January 31, 2026. Prior to her appointment to the Board, Dr. Brainard served as Undersecretary of the U.S. Department of Treasury from 2010 to 2013 and Counselor to the Secretary of the Treasury in 2009. During this time, she was the U.S. Representative to the G-20 Finance Deputies and G-7 Deputies and was a member of the Financial Stability Board. She received the Alexander Hamilton Award for her service.

From 2001 to 2008, Dr. Brainard was Vice President and the Founding Director of the Global Economy and Development Program and held the Bernard L. Schwartz Chair at the Brookings Institution. Dr. Brainard served as the Deputy National Economic Adviser and Deputy Assistant to President Clinton. She also served as President Clinton’s personal representative to the G-7/G-8. From 1990 to 1996, Dr. Brainard was Assistant and Associate Professor of Applied Economics at the Massachusetts Institute of Technology’s Sloan School of Management. 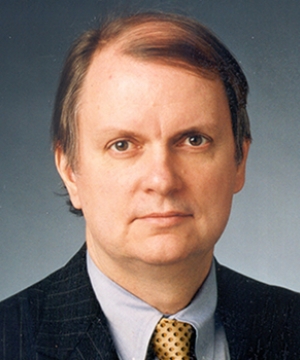 Dana Trier is a retired tax partner of Davis Polk & Wardwell, who currently serves as counsel in Davis Polk’s Tax Department in New York City. His practice focuses on domestic and international tax planning for corporate mergers, acquisitions, and spinoffs and on the taxation of financial products and institutions.